The rainy season is usually considered the best time to visit India as the monsoon brings with it the most rainfall and beautiful weather. The winter months are also ideal for avoiding extreme weather conditions, but you’ll have to put up with a lot of cold, a lack of sunshine, and occasionally even snowfall! In September, rain showers are nothing more than a distant memory and the sun is beaming through its usual blues. This means there’s plenty of opportunities to enjoy India’s vast cultural diversity in peace.

How is the season in September in India?

The weather in September varies in India, with some regions of the country faring better than others. Generally, the weather during this month is extremely hot and humid (sometimes even oppressive) but one area that features less humidity and lower temperatures is Kerala which sees the morning dip being between 22°C (71°F) and 32°C (89°F).

The rest of the country also has a mixed bag: some parts have pleasant days with a fine mix of sun and shade while others become more wet and misty.

Top 15 Best Places To Visit in India in September

Jaipur, in the northwestern Indian state of Rajasthan, is one of the best places to visit in India during September. With its fairytale forts, iconic monuments, and rich culture, this is a city that never fails to impress. In September you can explore the pink city on foot or by horse-drawn carriage – making it a great trip for couples and families alike. The temperature remains warm throughout most of the month with an average high of 31°C (88°F). If you fancy some traditional Indian Rajasthani music, you can even catch a live performance.

The city of Agra has been designated a UNESCO World Heritage Site and is one of the best places in India to visit during September. It is home to some of the capital’s prettiest buildings, such as the Taj Mahal, and one of India’s largest mosques – the Jama Mosque – completed in 1653. There are a lot of activities to be enjoyed here, including boat rides along the Yamuna River, shopping for traditional jewelry, and watching live cricket matches. The temperature in Agra averages between 25°C (77°F) and 35°C (95°F).

The highest motorable road in India, Rohtang La connects the town of Keylong in the Lower Himalayan Range with Manali in the Great Himalayan National Park. It is one of the best places to visit in India during September to admire some spectacular mountain scenery and enjoy some fresh air – provided you’re prepared for snowfall and frosty temperatures. The Rohtang Pass is also a major attraction for adrenaline junkies who come to make their way across its treacherous roads on motorbikes, jeeps and even bicycles.

Located in the foothills of the Himalayas, Palampur is a small town that offers a relaxed atmosphere for visitors. During September you’ll find plenty of festivities and celebrations on offer, especially at India’s Diwali Festival when an enormous bonfire is lit in the center of town. You can also wander around its narrow alleys, admire its busy gurdwaras, and visit its numerous Tibetan Buddhist temples. The temperature during September averages between 17°C (62°F) and 27°C (80°F).

Khajjiar is a small village that can be found in the Chamba district of Himachal Pradesh. In September tourists from around the world come to visit this beautiful hill station which has been nicknamed “the Switzerland of India.” The temperature averages between 25°C (77°F) and 30°C (86°F).

The city of Dharamsala is home to the Dalai Lama and offers one of the most picturesque environments on earth. It is one of the most tranquil locations in the country with a wide range of activities and attractions to suit all tastes. September is an ideal time to visit Himachal Pradesh. The average temperature ranges between 21-26°C (70-79°F).

Srinagar is the summer capital of India’s Jammu & Kashmir state. It is a city that has been designated a UNESCO World Heritage Site and rewards visitors with some of India’s greatest natural beauty. The weather here is usually perfect for sightseeing and the landscape is a photographer’s paradise. Srinagar also hosts various local celebrations throughout September, including the famous Yatra festival which highlights the local Hindu faith.

Tabo and Kaza in the Almora district of Himachal Pradesh are two beautiful hill stations that offer everything India has to offer – fresh mountain air, breathtaking views, lush greenery and a relaxed atmosphere. In September the temperature averages between 22°C (72°F) and 33°C (91°F).

Kalimpong is a remote town in the Darjeeling district of West Bengal. It’s one of the best places to visit in India during September for its very own monthly festival, Durga Puja, which celebrates the worship of Hindu goddesses and deities such as Durga, Kali and Saraswati. The town is situated on a hillside with a breathtaking vista and offers visitors plenty of things to do. In September it enjoys mild temperatures averaging between 22°C (71°F) and 32°C (89°F).

Tarkarli, a town that sits in the Kasturchand District of Maharashtra, is home to some brilliant Buddhist monasteries and the serpentine Paithan Waterfall which cascades down from the Thar Desert. The area also plays host to many festivals throughout September, including Ganesh Chaturthi and Ganesh Utsav – where thousands of pilgrims gather for special ceremonies. The temperature here averages between 26°C (79°F) and 33°C (91°F).

Daman is a city in the Indian union territory of Daman and Diu. Its architecture forms part of the UNESCO World Heritage Site and has been declared as India’s second most beautiful town after Dharamsala. Tourists flock to this special place during September to admire its spectacular beaches, set around two bays, which are home to a rich history of marine life and fishing. The average temperature here during September ranges between 18°C (64°F) and 32°C (89°F).

Located in the state of Punjab and known as the “Sri Darbar Sahib”, Amritsar is a city that has been declared as India’s first World Heritage City. During September it celebrates the annual “Langar” festival, which is focused on the Sikh religion and culture. The temperature in September ranges between 15°C (59°F) and 32°C (89°F).

Coonoor is a hill station nestled in the Nilgiri Hills of Tamil Nadu. It’s one of the best places to visit in India during September as it offers some spectacular scenery and plenty of activities to enjoy, including golfing and trekking through the forest. The average temperature here is 22°C (72°F) but can sometimes reach as high as 36°C (97°F).

Wayanad is a popular region in the state of Kerala. It’s one of the best places to visit in India during September for its countryside and countless plant and animal species, not to mention its rich historical landscape. The town is also home to some spectacular waterfalls, including Kuttiady Falls and Thusharagiri Falls. In September the temperature averages between 22°C (72°F) and 33°C (91°F).

Ajanta and Ellora is an ancient site that is home to numerous Buddhist, Hindu and Jain temples, which date back to the Gupta period. The area itself is quite spectacular with its gorgeous valleys, hills and meandering streams. In September it hosts the famous Ajanta Festival which showcases the temples’ architectural splendour. The average temperature here in September ranges between 22°C (72°F) and 33°C (91°F).

September is one of the best months in India for sightseeing and adventure. The weather is ideal and there are plenty of attractions to visit. Whether you are planning to spend a few days or a week, this month has so much to offer that it’s hard to pick the best destinations. Our guide will help you find the best places to visit in September and book flights and hotels with ease.

Places to Visit in Hyderabad: A Complete Guide 2 the City of Pearls The Best Things to See and Do 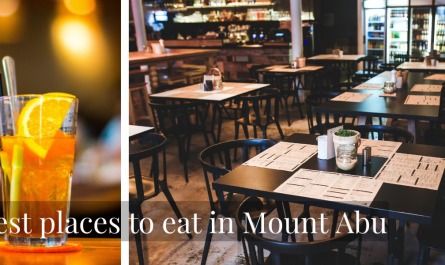 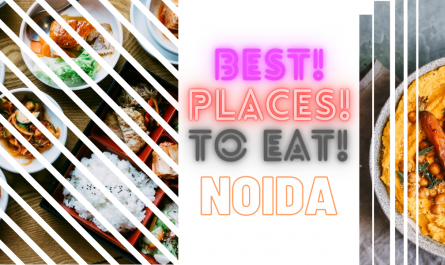 Best Places To Eat in Noida