We all have certain prime tourist places in mind, some of which we visit time and again for sightseeing, others for vacation. Gujarat is one of those states that has a lot to offer in terms of destination if you are planning a trip to India. The state is mostly known as the land of temples and it truly lives up to its promise with beautiful monuments dotting the landscape.

Here are 11 places across the state that will make your stay more enjoyable and memorable.

It is nothing short of a masterpiece and one of the most defining landmarks in the state. The statue standing tall at 182 metres portrays Sardar Vallabhbhai Patel as he raises his hand in a posture, symbolizing strength and making an impassioned plea for unity. It is located on the Sadhu Bet island on Narmada river and near to Sardar Sarovar Dam in Gujarat.

Where: About two hours (90km) southeast of Vadodara.

Known as the ‘Jewel of Junagadh’, these caves are intricately carved from the rocks in a kind of meditation form. Carvings on the walls include images of Buddha, Durga and Hanuman. In one cave, there is an image of Nandi sitting between his two donkeys – a reference to Buddha’s final ascetic journey before enlightenment.

Home to one of the most endangered species in the country, the Asiatic wild ass, this place is spread over a large area and has an outstanding collection of wildlife. The sanctuary is known for its biodiversity with species such as chinkara gazelle, Indian wolf, desert fox etc.

Where: North Gujarat (District Kachchh), about two hours northeast of Bhuj (108km) and 40 minutes by road from Anjar (20km).

This temple is dedicated to the Sun and a place of pilgrimage for people all across Gujarat. It is here that Modi’s mother, Heeraben Modi, was cremated along with her family. It boasts of fine sculptures in the form of deities such as Rama, Krishna, Durga and Saraswati.

Where: Northern Gujarat. About two hours (99km) north of Ahmedabad.

Built during the 19th century, this palace is also known as the Monsoon Palace. It was constructed by Maharaja Khengarji in 1882 and still stands today in all its glory. The palace has an interesting history involving generations of different rulers and kings of southern Gujarat.

Where: About two hours (92km) southwest of Rajkot and three hours southeast of Ahmedabad (106km).

It is a magnificent structure built by Pramukh Swami Maharaj and attracts thousands of devotees every day. It represents traditional Indian architecture in its finest form and has opulent interiors that exhibit the effects of ancient Indian craftsmen.

Where: About two hours (97km) west of Ahmedabad.

It is a popular Hindu goddess and is believed to be the mother of the universe. A place of faith, she is worshipped as the ‘Goddess of Immense Power’ by devotees. The temple also has a museum that houses various antiques and artefacts that are associated with Goddess Ambaji. She is considered to be an incarnation of Adi Shakti (the Almighty Goddess).

One of the most popular tourist places in the state, this park was named after its location on the Arabian Sea. It has an area of around 22 sq km is spread over four islands and has a variety of marine life including dolphins and sharks.

Where: Western Gujarat in the Gulf of Kutch, about an hour west of Jamnagar (54km).

Considered to be a UNESCO World Heritage Site, the park houses numerous structures from the 12th century. The monuments include the Ashoka Pillar and the Mehrangarh Fort which stands as one of the largest forts in Asia. It is believed that a series of pillars can be found all over India bearing inscriptions by Emperor Ashoka which are evidence of his influence.

Where: An hour (48km) northeast of Vadodara.

It is the first of the twelve Jyotirlinga temples and is considered auspicious among Hindus. The temple houses an idol of Lord Shiva which was originally installed by King Bhimdev in the 12th century.

Where: Southwest Gujarat. The closest airport is in Diu. Ahmedabad is about seven hours away. You can take a train from Ahmedabad to Veraval.

This temple is dedicated to Lord Krishna and considered sacred by the Hindus. It was built in 12th century and stands as an important Hindu shrine in Gujarat. This temple is revered for its architectural beauty and has many shrines, a mandap and a large enclosure.

Where: Western Gujarat, at the mouth of the Gomti River on the Arabian Sea. It’s about three hours west of Jamnagar (132km).

Best Things to do in Gujarat

A great activity to do in Gujarat is to spend a day camel riding across the open land and indulge in the beautiful views of the sand dunes and the sunset. The outfit will arrange for a set-up wherein you have a blanket in front and behind you, along with cushions underneath you. You can even take your change of clothes along with you so that you don’t need to stop midway for a dip or anything.

Rock climbing is an adventurous sport that involves the scaling of a rock wall or cliff while using ropes, carabiners and other climbing equipment to secure one’s safety. There are many such places in India that have become world-famous for adventure sports such as rock climbing.

The unique thing about Gujarat is that you can find the biggest and most radical rocks here in Mandvi. This rock climbing spot has been developed very recently and is one of the best climbing destinations in the world.

Trekking is one of the best ways to see nature and the natural beauty of a place. In India, there are many destinations where one can go trekking and experience wilderness. This includes places such as Kashmir, Ladakh, Kumaon (in Uttarakhand), Arunachal Pradesh and Sikkim.

Gujarat also has some amazing trekking areas that don’t get much publicity such as in the hills of Gir.

Ahmedabad has several beaches along the coast where you can enjoy some of the best activities with your friends and family such as swimming, surfing, boat riding and so on. Some of these beaches include:

The best time to visit this state is between October and March when the climate remains pleasant. The peak seasons are during summers (April–June) and winters (December–February). It can get a little crowded during these months so it would be best if you avoid those times. 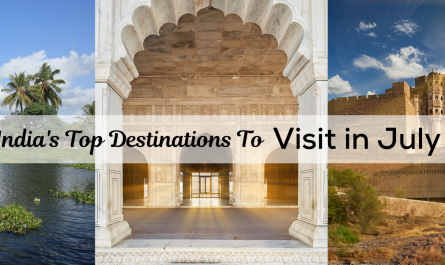 Best Places To Visit in July 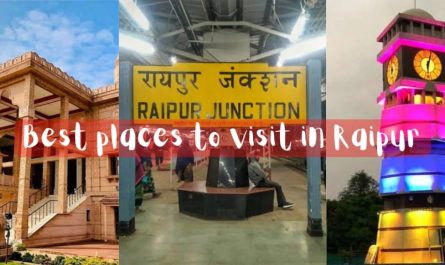 Best Places To Visit In Raipur 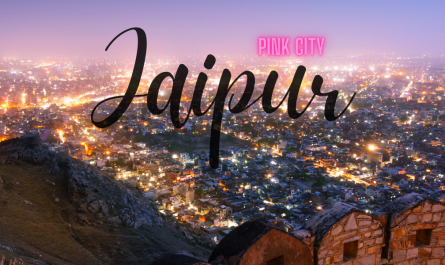