If you want to visit in Mangalore and confused where to go, then this article is for you. In this article, You can get all the  good information about Famous Places In Mangalore.

Mangalore is one of the most beautiful coastal cities in India. It is one of the fastest developing cities on the western coastal belt of India, known as Dakshina Kannada. Mangalore consists of a varied landscape and has an equable climate year round. Being near to the sea, it was under Portuguese control for several centuries. Besides the seashore, there is a range of hills and valleys. The city is a perfect amalgamation of Hindu, Muslim, and Christian cultures. The people are known for their friendliness and hospitality.

Here Is The List Of Top 14 Famous Places In Mangalore

Panambur Beach is one of the most popular places to visit in Mangalore. It is located at a distance of about one kilometer from the Mangalore Airport, and is also close to local attractions like Central Mangalore. The beach offers plenty of parking space and has a secure place to swim if you want. At Panambur Beach, you can walk among coconut trees and enjoy the fresh sea breeze on your face. You will see many people, both locals and tourists enjoying the beauty that lies before their eyes as they tread along this white sand beach towards its blue waters.

Surathkal Beach is one of the best and most popular beaches in Mangalore. It is just 5 km from the city center and is frequented by people of all age groups. The beach has a wonderful view of the Arabian Sea, which attracts many tourists and honeymooners to enjoy its serene beauty. The beach is also famous for its pearl diving activities, it has been recognised as an estuary for mangrove crabs which mostly breed during monsoon season from October to January. It also has good nightlife facilities and many fine-dining restaurants. Local buses and taxis are available to pick you up from the city center.

Tannirbhavi Beach is one of the most popular tourist locations in Mangalore. It is a small beach located on Kumkar Hill and it offers panoramic views of the Arabian Sea. The beach is very close to the Bar Association building, which is a popular destination for tourists as well. There are several hotels and guest houses located along the beach that can offer accommodation to tourists and visitors. The road leading to Tannirbhavi Beach is also home to many restaurants, cafeterias, shops, and pubs that serve food of local cuisine to tourists.

Kadri Sri Manjunatha Temple is located in the heart of the city, on top of Kadri hill, which is one among the seven hills that surround Mangalore. This temple was built by Kadri Gopalaswamy in 17th century. It is said that this temple is one among the 108 temples constructed in India by Kadri Gopalaswamy. The temple’s architecture resembles a lot with Udupi Sri Krishna Mutt and it also houses some statues of Lord Krishna. The sanctum sanctorum of this temple has the idol of Lord Manjunatha in it, which is considered to be a miraculous idol.

Kudroli Shree Gokarnanatheshwara Temple is a major destination in Mangalore. It is crowded with people, but it is worth visiting. You will have to cross a few streets to see the Gokarna temple, which lies hidden among a quite few shops selling flowers and idols of gods. At the entrance of the temple compound, you may notice an old tree flanked by two colourful sculptures; these are Lakshmi and Vishnu – another form of Hinduism’s godhead. This temple, like many others in India, has become a tourist attraction, with the main attraction being its architecture.

Shri Sharavu Mahaganapathi Temple is one of the most popular temples in Mangalore. Located in the heart of Mangalore town, it is dedicated to Lord Ganesha and attracts devotees from across the world throughout the year. The temple was built by an ardent devotee Sri Kariyat Achan about 100 years ago. This temple is one of the few temples where you can get a true grasp of Hindu traditions and beliefs. It is said that by the grace of Lord Ganesha, all the wishes of devotees are granted.

Kateel Sri Durgaparameshwari Temple is an ancient temple dedicated to goddess Parvathi. Located in the port town of Mangalore, this is one of the most visited pilgrimages in this region. The presiding deity is a goddess, so there are no rituals or ceremonies associated with the temple. A Chakra some 2-feet wide and 1-foot high is installed in front of the entrance to commemorate Lord Vishnu and a Raja Gopuram, which signifies power and prosperity for this region. The temple attracts a large number of pilgrims and tourists and is rich in history.

Mangaladevi Temple is a 350 year old ancient Hindu temple on the banks of the Gurupur river in Mangalore, Karnataka. It is a center for worship for many Hindus. The temple also houses one of the oldest living trees in India and has a history dating back to 18th century Portuguese rulers. The top floor houses statues of various gods and goddesses such as Ganesh, Shiva, Vishnu, Lakshmi and Durga. The main deity is the Lord Shiva, who is worshiped as a manifestation of Swayambhu Linga. The temple also houses a stone idol of the Hindu god Ganesh. The mangaladevi temple has a famous event every year which is called ‘Mangalacharya Jayanti’.

Nisarga Dhama is a 63 acre garden with a variety of flowers, trees and scenic spots.
It is located near Kulshekar, about 15 km from Mangalore on the outskirts of the city. The Garden is open for visitors on all days from 9:00am to 5:00pm and can be reached by car or by bus. It has a Children’s Park and a Butterfly Park. It provides facilities for parasailing, bicycling, jungle walk (pulicat lake), boating, and roller skating. The garden also houses Indira Gandhi Zoological Park which is home to many mammals and birds in its natural settings.

Kadri Hill Park is a lush and green area on the outskirts of Mangalore, going on 23 acres. It is not exactly a hill, but still has some steep inclines that offer great views of the river. There are other species like teak and peepal trees which encircle Mangalore city. There is also an open-air auditorium for performances, though it hardly gets used these days and it has  a bird sanctuary with rescued migratory birds from all over the world. This park is a favorite among locals for cycling, picnicking and morning walks. The park has a beach, an artificial lake (situated near the park’s amphitheater) and the popular Kadri Road. The park also boasts a waterfall and a small lake. Nature lovers will like it.

Sultan Bathery is one of the famous tourist destination in Mangalore and tourist can experience the natural beauty of nature Sultan Bathery. It is a place where one can spend their leisure time at peace, as they see the greenery and peacefulness that prevail in every nook and corner of this area. The natural way of life of the locals, the traditional architecture of the houses and their culture, is a spectacle to watch. The destination has a rich history that is still preserved in its pristine form. The beauty of nature here can be seen in the beautiful valleys and hills that are surrounded by dense forest which helps to maintain the rich bio-diversity which exists here.

Rosario Cathedral is one of the most famous and beautiful churches in the world. It is located near the Mangalore University in Mangalore, India. The church is a late Gothic-style building constructed during 1671–1679 AD by Portuguese Capuchin friars who did not survive to see its completion. The church was consecrated on 17 July 1678 by John Francis Xavier, founder of the Jesuit order and one of the Avignon Popes. The cathedral is built in the Baroque style, which was popular in the seventeenth century. The quality of the design and color makes it stand out from the rest of the buildings around it. The wall paintings in this church are some of the most attractive pieces in all of India.

St. Aloysius Chapel is a Roman Catholic Church which is situated on a hill in Mangalore. The chapel is built in Gothic architecture, which was the trend of that time. Built by the Portuguese in 1505 AD, this building still has the same old-world charm embedded into its structure. Apart from being one of the oldest churches in India, it also happens to be the most visited religious site in Mangalore.

Milagres Church is a beautiful Roman Catholic Basilica located on the eastern shores of the Arabian Sea in Mangalore, Karnataka, India. The Basillica is an important landmark in Mangalore city and attracts a large number of travelers from across India and abroad. It’s also one of the most famous churches in South India that boasts among its rich heritage, an ancient written copy of Gospels known as Bible of Saint Thomas. The church is a majestic structure which has two large towers within the church and boasts a Holy Altar with extraordinary paintings. One can see thousands of oil lamps burning on all four sides of the church on festive occasions.

This article is just meant as an introduction to Mangalore, and there are many Famous Places In Mangalore. that you can see during your trip.  Hope you like this article and share with your loved ones and If you have wanderlust and live to explore, there’s a lot to get excited about in this blog. you can read about places  on Travel Tricky 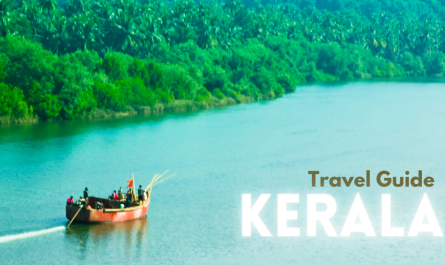 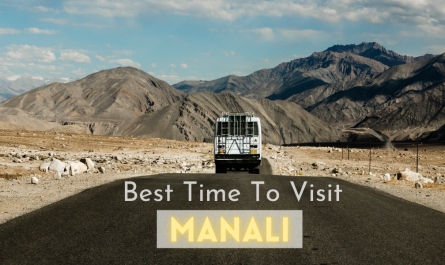 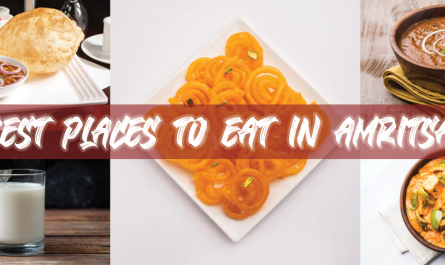 Best Places To Eat in Amritsar