If you want to visit in Mathura and confused where to go, then this article is for you. In this article, You can get all the  good information about Famous Places In Mathura.

Mathura is a city in the state of Uttar Pradesh, India. It is known worldwide as the birthplace of Lord Krishna. Mathura is situated on the western bank of Yamuna River. Mathura is one of the oldest continuously inhabited cities in the world and has been a religious center since ancient times. The city has a number of significant Hindu temples spread over a large area. Mathura is known as City that never Sleeps because it’s always alive with people coming to visit all the holy places in Mathura.

Shri Krishna Janmabhoomi Temple is located in the town Mathura. The temple is dedicated to Lord Krishna, who was considered the eighth avatar of Lord Vishnu. It is believed that lord Krishna was born at this place and he spent his childhood here before going on to do many incredible things during his adult life. Many devotees from different parts of India visit this place and offer their prayers here as it is considered a sacred pilgrimage site.

Jama Masjid, Mathura is one of the most popular places in the city, visited by tourists and local residents almost every day. It is an excellent place to visit in Mathura, especially for those visitors who want to experience the rich culture of Hindustan. The Jama Masjid was built by Alauddin Khilji, who desired to make this city his capital. It has been a prominent landmark in Mathura since the time it was constructed.

Dwarkadhish Temple, Mathura is one of the oldest temples, built in 15th century by Maharaja Krishna, is a large Hindu temple dedicated to Lord Vishnu. The Eastern and Western part of the temple are called respectively Brahma bhoomi and Narayana bhoomi. The appearance of the temple is very much similar to other temples on this site with 108 pillars with carvings of Gods and Goddesses as well as animals on them that bear testimony to its age. The temple attracts an estimated 10 million pilgrims in a year.

Vishram Ghat is a very good place to visit in Mathura as it provides an opportunity for the people to explore their culture and learn about their traditions and customs. It is one of those places where people can spend their leisure time happily without any tension. The food that you get here is tasty and cheap, especially at the mela of Shri Krishna Janmashtami when there is a huge mela held on its banks with various stalls selling mouthwatering, traditional food.

Kusum Sarovar is a lake in Mathura. It is also a popular tourist attraction in the city. It is also known as the ‘Khasam Lake’. This lake is believed to have healing properties, so people flock here to bathe and take dips in the water. The water’s purity, the serene atmosphere, and its associated spiritualism make this place a favorite spot for both locals and tourists. this excellent place with serene surroundings makes it ideal for nature lovers.

Mathura Museum is one of the best place in Mathura. It is a museum that has many ancient statues and historical items. Although the museum is not so big, the items which are displayed in this place are very interesting. These statues and items are from different periods of time. It is one of the most famous places in Mathura and many people visit it. This place was built by order of Maharana Pratap Singh ji in 1707 AD as a memorial building to his friend Allah Baksh.

Kans Qila is one of the oldest and most famous tourist attractions in Mathura. It is also the largest, which makes it a great place to visit with your family or a group of friends. The Qila has some amazing exhibits that are connected by narrow corridor, including many mosques and arches that are decorated with intricately carved details. There are also a lot of fountains and statues that make this one-of-a-kind historical site enjoyable throughout the year.

Gita Mandir in mathura is a temple situated in the middle of the city. The deity of this temple is Krishna and is also known as Gopinath Mandir. There are various legends associated with this temple and one such legend is related to Krishna’s childhood. According to this legend, Gopala (child Krishna) used to reside here with his parents Nanda and Yashoda. The Panch Pandav temple of Mathura is also located in this place.

Govardhan hill in mathura is one of the most sacred places in India. It is a hill located north-east of city Mathura. This hill is also known as Govardhan Parvat, Govardhana, Gat Gol and Gokulachala that are situated near river Yamuna. It is said that Lord Krishna lifted this hill on his little finger to save the inhabitants from the wrath of Indra by whose orders it was to rain incessantly for 14 years over Mathura with floods causing havoc in the village. Tourists from all over the country come here and circumambulate this mountain.

Prem Mandir in mathura is a beautiful temple dedicated to lord Krishna. The temple is a major pilgrimage site for Hindus, who come to Mathura from all over the country. It’s said that a visit to the town will be complete without seeing this temple. The architecture of the temple resembles various divine features and depicts different episodes from Krishna’s life in detail. This makes it an ideal destination for tourists and historians alike looking to know more about Hinduism in India.

Rangji Mandir is a Hindu temple in Mthura city. Most people who visit the temple are devotees of Lord Shiva, the god of destruction and regeneration. Visitors are treated to a panoramic view of the surrounding city from the temple’s rooftop.

Chamunda Devi Temple in mathura is a Hindu temple dedicated to the goddess Chamunda, located on top of Chamundi hill. The temple is still an active pilgrimage site, with a major annual Hindu festival held in the courtyard of the temple. The temple is also during this time of year a center for sradh or homa. It houses a large number of the images and idols of the goddess Chamundi painted on stones, metal sheets, and walls of the temple.

ISKCON Temple is the foremost temple of krsna in the world. It is situated in the city of mathura which is about 30 kilometers away from agra. This temple has become an important religious as well as social place for devotees and tourists throughout the world who visit for its vastness, beauty, serenity and grandeur. ISKCON Temple is a graceful piece of architecture that has been built with great care and effort to provide devotees with the opportunity to experience the blissfulness of krsna consciousness. It is a facility open for all, free of charge.

Radha Kund of mathura is one of the seven most sacred Hindu places to visit. The famous temple of Radha Kund is located near the city Mathura in Uttar Pradesh. Amongst all other temples, this temple is considered as very important by Hindus. There is big beautiful tree near the kund. This temple is located on a hillside. On the way to the Radha Kund, one can see many Hindu temples and their beautiful architecture. The monuments of India are worth seeing for the tourists.

This article is just meant as an introduction to Mathura, and there are many Famous Places In Mathura. that you can see during your trip.  Hope you like this article and share with your loved ones and If you have wanderlust and live to explore, there’s a lot to get excited about in this blog. you can read about places  on Travel Tricky 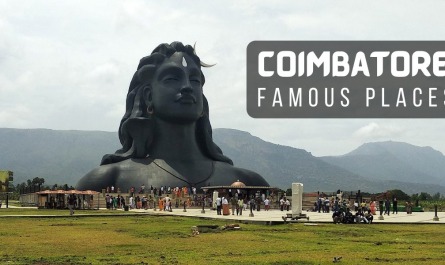 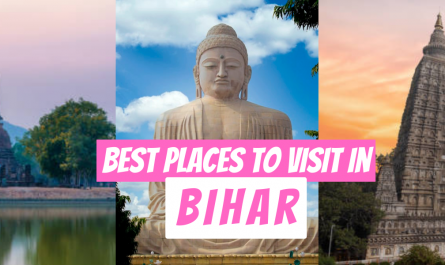 Best Places To Visit In Bihar 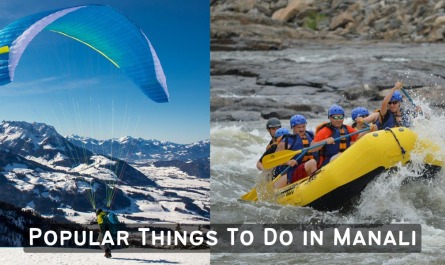 Popular Things To Do in Manali