If you want to visit in West Bengal and confused where to go, then this article is for you. In this article, You can get all the  good information about Famous Places of West Bengal.

West Bengal is a state in India. It is the only Bengali-speaking state of the country, and covers a large area of land on the eastern side of India. The capital and largest city in West Bengal is Kolkata. All of the state is covered by green hills, dense forests and a lot of fresh water. West Bengal is home to the ancient river Ganges. West Bengal is the seventh most populous Indian state, and hence it has a busy place with many attractions. In fact, it is a great place to visit! It offers numerous beaches, hills and other places of interest.

Here Are Some Famous Places of West Bengal You Must Visit

Kolkata is the capital city of the Indian state of West Bengal. Thisis the second largest city in India after Mumbai. Located on the east bank of the Hooghly River, it is home to much of India’s Bengali business and cultural life. The city has been known by several names in different times and cultures and has also been called the “City of Joy”. Since the British developed the Port of Kolkata, it has been an important trading city in South Asia. It is a major commercial and military port of India.

The Famous tourist places in Kolkata are:

Darjeeling is the beautiful mountain region in the north of West Bengal. This is a popular hill station in India is known for its scenic beauty and culture. There are many decades old tea plantations on top of the mountains which provide lucrative employment to local people. The area is famous for its pocket-friendly hotels, resorts and green hills all around.

The Famous tourist places in Darjeeling are:

Siliguri is a city in the Indian state of West Bengal. It’s located at the foot of the Himalayas and has a population over 1 million people. There is  no secret that Siliguri is home to some of the best sites for tourism in India, and travelers from around India flock to this area every day for just that reason.There are many best places in Siliguri for anyone who wants an adventure this year. From beautiful scenery and flora to exciting destinations, this is a city that shouldn’t be missed.

The Famous tourist places in Siliguri are:

Hooghly is one of the famous places to visit in west bengal. It is a small district that was merged with Kolkata earlier in the 19th century and it is a lively place for tourists. Many people come here to visit the tea garden, which has less than 500 acres. One of their most popular attractions is the Raj Bhavan, which stands on the Hooghly River from where one can view a beautiful view of Hooghly Bridge. The ruins of Baitar history are also another attraction.

The Famous tourist places in Hooghly are:

Cooch Behar is one of the most important and beautiful tourist destinations in West Bengal. It lies on a small plateau in the foothills of the Eastern Himalaya, only about 68 kilometers from India’s International Border with Bangladesh. War memorials, churches, temples and a wide variety of flora and fauna make Cooch Behar an ideal destination for all visitors irrespective of their interests. We have compiled for you here a list of some famous places to visit in Cooch Behar.

The Famous tourist places in Cooch Behar are:

Malda is one of the cities in west bengal which attracts people for its famous places and tourist attractions. These places are historical, natural, iconic and make it a special destination. Malda has a lot to offer the tourists who are planning to spend some time in this place during their visit. There are many activities that they can do while visiting this place during their stay or sightseeing tour of Malda.

The Famous tourist places in Malda are:

Jalpaiguri is located in the northernmost part of West Bengal and is a popular tourist destination. The place is famous for its tea gardens that are known to be some of the oldest in the world. It is also home to a number of Hindu temples and other religious places, which are frequented by locals on a regular basis. Other than the tea gardens, Jalpaiguri is also famous for its pleasant weather, which is ideal for a lot of outdoor activities like trekking and sightseeing. There are numerous other interesting places and tourist spots that one can visit in Jalpaiguri.

The Famous tourist places in Jalpaiguri are:

Bishnupur is one of the most popular tourist destinations in the sub-Himalayan region of West Bengal, India. It is well known for its temples, pahari architecture and old manuscripts. The city was built by King Ananta Dev. The original palace has long gone, but some later additions to it are still seen today. Bishnupur is also known as silk capital because in 18th to 19th century it was one of the few regions where cottage weaving industry flourished, producing intricate silk sarees which were later exported to Europe and America. Silk weaving and silk saree making is currently practised here by artisans.

The Famous tourist places in Bishnupur are:

Kalimpong is a hill station in West Bengal, India. It is located at an altitude of 2800 meters and is famous for the Chandrapuri monastery. The place has a spectacular view and scenic beauty due to which it attracts many tourists from around the world. You must visit this place to know more about the beauty of nature. This place has a very beautiful weather throughout the year. The major traditions of Kalimpong are mainly Buddhism and Hinduism.

The Famous tourist places in Kalimpong are:

Bankura is the a place with a long history and culture. The town has many tourist attractions, and is one of the best places to go to understand the composite heritage of West Bengal. The ancient temples and historical monuments in Bankura make it a good tourist destination. If you want to explore this historic town, read on! We’ve put together a list of some of the most popular places that tourists tend to visit in Bankura.

The Famous tourist places in Bankura are:

We hope this list of Famous Places of West Bengal has given you some ideas about where to spend your holidays. Hope you like this article and share with your loved ones. If you have wanderlust and want to know about best places to visit then click on  Travel Tricky. 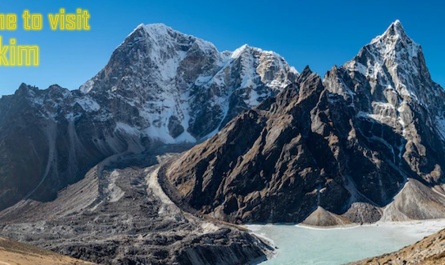 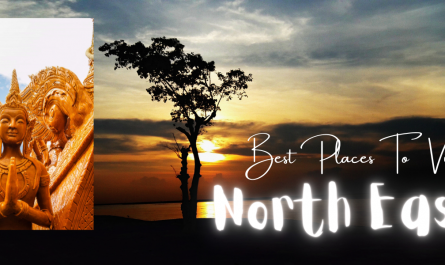 Traveling To New Countries: 6 Tips For Getting A Travel Background