If you are planning to visit in Nasik and confused where to go, then this article is for you. In this article, we have gathered a list for you of Famous Tourist Places in Nasik.

Nasik is a city located in the Indian state of Maharashtra. Nasik is known as a religious place and is also considered as one of the most important cities in Maharashtra. A visit to this place will definitely make you appreciate your religion more and show you how religious people can interact with such a great devotion. There are many religious places that You can find in Nasik but the most famous among them are listed below.

Most Famous Tourist Places in Nasik For Visit:

The Trimbakeshwar Mandir is one of the most popular temples in Nasik and is more than 1,000 years old. This temple is dedicated to Lord Shiva, who is worshiped as a god with three eyes and the God of destruction. The two other deities that are worshiped here are known as God Ganga and Goddess Yamuna. They represent the two holy rivers. The temple also has many idols of other Hindu gods and goddesses. This temple is famous for its beautiful architecture.

Ramkund, which lies in the middle of Nasik city, is one of the oldest ponds in India. It is mentioned in Mahabharata and many other Hindu scriptures. This place is of great importance for Hindus as this was the place where Shri Rama, along with his wife Sita and his brother Lakshman stayed for some time after killing Ravana. It is said that this pond is a place of great religious importance as Hindus believe that the water of this pond has healing powers.

Pandavleni Caves is a rock cut cave in the Nasik district. It is one of the most popular tourist destinations in Nasik. This cave is situated on the bank of Godavari River and has carvings of idols and inscriptions from 10th century AD.

Anjaneri hills is a mountain range located in Nasik that is considered a very religious location. It is famous for its temples and caves. The most important religious place in this mountain range is the temple of Anjani Mata. It is believed that during Mahabharata, the Pandavas went to this place and had a secret discussion.

The Muktidham temple is one of the most famous temples in Nasik. It is dedicated to Lord Shiva and was built in the year 2007. It contains idols of many Hindu gods and goddesses including Goddess Annapurna, Lord Vishnu, Goddess Lakshmi, and Lord Hanuman. The most important thing about this temple is that it has a Mahashivlinga that came from River Narmada. This Mahashivlinga was established by Pundit Sadguru Samarth Swami Maharaj.

Dugarwadi Waterfall is a natural and beautiful waterfall located in the city of Nasik. It is very popular among the tourists as it is located in a very scenic area. The river Godavari is the source of this waterfall and it falls down from some distance away. This waterfall has many interesting and unique things about it.

Tapovan is a hill-station of Nasik in Maharashtra. This place is very beautiful and is surrounded by hills. It is also surrounded by many small temples and ponds. The surroundings of Tapovan are very green and the place is filled with lots of greenery.

Sita Gufa is a cave that is situated in the Nasik district. The surrounding of this cave has many other caves and temples. It is believed that Lord Rama, Sita, and Lakshman stayed in this cave during their exile. This cave still has the original writings on it from thousands of years back. Overall this cave is a very religious place for the Hindus especially during Navratras and Shivratri.

Someshwar is a very beautiful temple located in Nasik and is dedicated to Lord Shiva. This temple was built by Raja Chatrapati Shivaji, who was the founder of the Maratha Empire. The entrance of this temple resembles a horse and hence, it is also known as Gaja-Griha. This temple also has many other structures that are made with great devotion and hard work. These structures depict the incredible features of Hindu architecture.

Kalaram Mandir is a temple in Nasik district in Maharashtra. This temple is dedicated to Lord Vishnu, who is also called “Kala Ram”. This temple is also popular for its beautiful sculptures.

Coin Museum of Nasik District is a museum in the city of Nasik. This museum is dedicated to the monetary system of Marathas and is one of the most important museums in India. A visit to this museum will definitely impress you because it houses an impressive collection of coins from various periods. 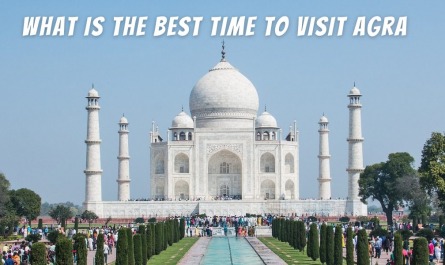 What is The Best Time To Visit Agra 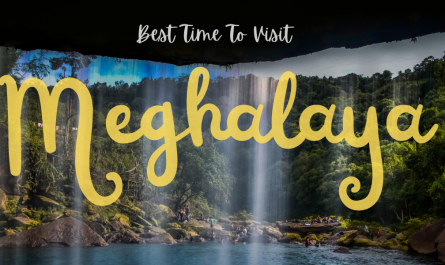