Assam is a state in the northeast of India with a rich and diverse culture. It is fast becoming popular as a tourist destination and has many attractions to offer. The list of Famous Tourist Places Of Assam will help you explore Assam’s cuisine, handicrafts and heritage. You will also find out about the festivals celebrated and temples visited by locals. Assam is a land of many cultures, beliefs and religions so the state has many holy places which will bring you closer to India’s rich tradition.

Here Is The List  Of Some Famous Tourist Places Of Assam

Kaziranga National Park is one of the most famed tourist destinations in Assam. It was declared a Tiger Reserve in 2006 and is home to India’s largest population of rhinoceros, as well as elephants, tigers, deer and buffalo. Nature enthusiasts can experience some of the best wildlife viewing in Kaziranga as well as up close encounters of Indian Sun bears, bonnet macaques and other mammals. The park is a great place to watch the mighty Indian elephants and their calves playing in the mud, wallowing in the water holes, swimming and bathing.

The Manas National Park was established in 1985 to protect the wild animals and birds found in this region. The park was created as a wildlife sanctuary, but later declared as a national park in 2003 with an area of 674 km2. The park is located near the Brahmaputra River and is known for its rich biodiversity of flora, fauna, wildlife and marine life. The park features a large number of animals including aquatic creatures such as turtles, dolphins and snakes. There are a large number of birds such as ospreys along with mammals such as elephant and others.

Jorhat is one of the most important cities in Assam and was established in 1916. It is located in central Assam and is known for its rich history. The city has centuries old residences, monasteries and temples. There are about 40 ancient temples in the region which are considered to be important sites of worship. Jorhat also has a rich landscape with hills, rivers, beaches and other attractions.

Dibru Saikhowa National Park is a popular wildlife sanctuary and was declared a national park in 2002. The park is located near the Dibru-Saikhowa Wildlife Sanctuary and covers an area of 495 km2. The Dibru Saikhowa National Park provides a habitat for various species such as tigers, leopards, elephants, deer and wild boars among others. The park has one of the largest populations of Bengal florican. The Dibru-Saikhowa National Park also provides protection to a large number of migratory birds. This park is located near the Brahmaputra River and has a rich biodiversity with aquatic species such as crabs, turtles and water snakes.

Tinsukia is the famous city in Assam. This city has something for everyone. You can go fishing on the river, have a tea break with friends and family, or find bargains at the local market. But that’s just scratching the surface of what this city has to offer. Here are some of Tinsukia’s best attractions to check out: Tinsukia Wildlife Sanctuary, Tinsukia Fort, Tinsukia Tea Auction

The Tinsukia Jungle Safari Village is another popular spot in Assam tourism. This attraction provides a great opportunity for travelers to meet local tribal groups. The village is located near Tinsukia and is a welcoming place for tourists. It provides a great glimpse into life of the tribal people in Assam including their traditional dances.

Majuli Island is the largest river island in the world, and one of the best places to visit in Assam. Majuli is a place of beauty- nature has created its own landscape here, with majestic hills, clear water streams and fertile rainforest. There are also several festivals that are celebrated on Majuli Island, including the Pardah Jatra (Garo), The Garo community has its own traditional costumes and mystical dances. Other festivals held during this period include the Sajek Sattoral (Eucharistic Celebration) and Naga Bihu. For children, there are many places that they can visit in Assam besides Majuli

Kamakhya Temple is one of the most revered temples in Assam. It is one of the six principle Shakti Peethams in India. Kamakhya Temple is situated atop Nilachal Hill. People who worship at this temple are mostly Hindus and Tantric devotees of Shakti. The temple is carved out of a hill which is about 90 feet high and about 750 feet. The main deity of the temple is Kankali Mata, the consort of Shiva.

Orang National Park is one of the famous places to visit in Assam. It is located in the extreme east of Nagaon district and is primarily a habitat for the endangered tiger population. With its vast grasslands, deep ravines and canopy of trees, it gives you a perfect opportunity to get up close with these wild cats without having to worry about any dangerous encounters. The park is also home to several other endangered animals such as wild water buffalo, gaur, pygmy hog, Indian muntjac and Indian giant squirrel. You can even sight the endangered golden langur monkey in the early morning hours of the park. The natural beauty of Orang National Park is best enjoyed at dawn and dusk when the setting sun tinges everything in shades of gold and orange. The park also offers you an opportunity to savour the best of Assamese food and hospitality.

Haflong Lake is the biggest and most beautiful lake in Assam, known for its deep water and scenic beauty. It is a big attraction not just to tourists but also locals. The lake is surrounded by greenery and natural forests, full of rare wildlife species. With plenty of interesting stories around the area to explore, it is a perfect destination for those who love outdoor activities like trekking or roaming through the forest. The place has divine landscapes that would take your breath away with their spectacular beauty, making it an ideal spot for nature lovers.

Guwahati is the most beautiful city of Assam. It is the second largest city in the Northeastern Indian state. Known for its cosmopolitan culture and tranquil natural surroundings, it attracts a large number of tourists from different parts of the world every year. Guwahati is located on the south bank of the Brahmaputra River and is ranked as the city with best standard of living in India. It is also one of the fastest growing cities in Asia. The city houses numerous ancient and historical temples, including Kamakhya Temple, a major pilgrimage centre for Shaktas. Guwahati features many parks and zoological gardens, including the Kamrup Zoo, which is one of the oldest zoos in India.

Hajo is Assam’s best kept secret because of its beautiful sceneries and stunning yet unexplored haunted places. The oxygen-rich air, long rivers, breathtaking valleys make Hajo an ideal destination for tourists from all over the world. It is said that a person who visits Hajo will never forget his experience here in life, finally getting to know their home like never before.

panimur falls assam is one of the most popular tourist destinations in Assam. It is a waterfalls located at an altitude of 1250 meters and is around 6 kilometers away from the city. It is one of the most amazing tourist places to visit in Assam and tourists come here to enjoy its scenic beauty, pristine nature, amazing attractions, rare wildlife and get refreshed by cool waters. The best time to visit this place is between October-April when many people come here as it remains cool during these months.

Umananda Island is a small island in the Brahmaputra River. It is around 7 km from Dibrugarh and over 70 km from Tezpur. The island is also known as “The Venice of the East”. It has been nominated by many travel magazines and websites to be one of the best places in the world to visit. As a result, thousands of tourists come here every year. The island has a very beautiful beach which is strewn with large rocks that have been together by nature. On the beach you will find plenty of birds and animals, such as monkeys, deer, boars. There are also many fresh water lakes in the place that provide tourists with opportunity to swim in them. The destination is easily accessible by road from major cities like Guwahati and Dibrugarh.

We hope this list of Famous Tourist Places Of Assam, has given you some ideas about where to spend your holidays. Hope you like this article and share with your loved ones. If you have wanderlust and want to know about best places to visit then click on  Travel Tricky. 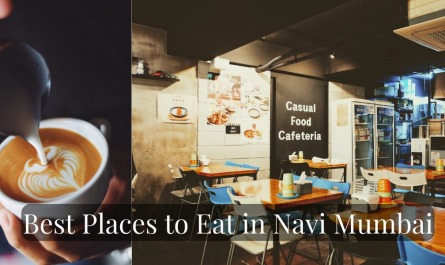 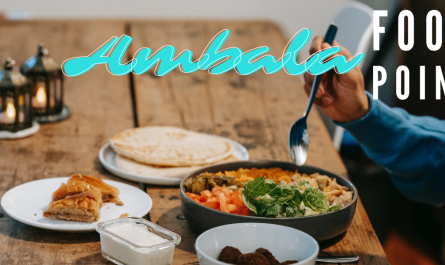 Best Places To Eat in Ambala 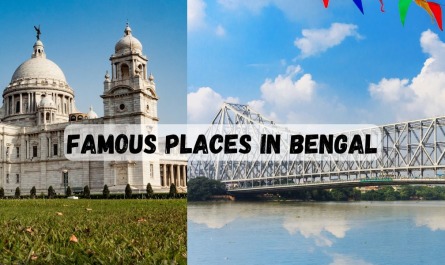