Bali is a tropical island in Indonesia. With an indigenous Hindu and Buddhist culture, the island’s inhabitants maintain a strong connection to their sacred traditions. The people of Bali are renowned for their cultural tolerance as well as for being hospitable and friendly to visitors. The Balinese value personal relationships and harmony to an extent that can be seen nowhere else on Earth. In the year 1200, a prince of Majapahit named Sri Baduga Maharaja described Bali in his book “Sedaya Ayu” in detail. Since that time, the island has been known as “Sutawijaya”, meaning “the island of seven hills”. In the 14th century, Arab merchants and explorers from Javanese trading ships visited Bali. The best time to visit Bali is from April to October.

Bali was formerly ruled by the Medang Kingdom, which existed from approximately the 10th to mid-13th century, then by the Lawang kingdom in 1283 until around 1500. Its prominence began in 1804 when Dutch forces occupied it and divided its territory into three separate principalities (the Dutch colonial government at that time). During World War II, Japanese forces occupied Bali for three years (1942–1945), occupying the southern part of the island; escaping Allied bomber crews bombed Bali during this period. After the war, and in the face of increasing waves of immigration to the island, this land was returned to Bali and given greater regional autonomy. Several popular tourist destinations are found in Bali, including Jimbaran, Kuta, and Seminyak.

Legend has it that in AD 988 a Javanese from Majapahit named Parwata landed in the southern part of the island and established a short-lived settlement there. He was followed by other settlers who ultimately hailed from southeast Asian Indian Ocean coastal population centers who arrived on boats and their migrations through Java resulted in their language mixing with that of Austronesian people already present on Bali.

Bali has a tropical rainforest climate. The maximum temperature is generally in the high 30s and it rarely rises above 90 °F (35 °C). The minimum temperature is usually below 65 F (18 C). The average annual rainfall is approximately 32 inches (865 mm), which can vary widely with the weather. Normally, there are two rainy seasons in Bali, the main rainy season lasting from late May to mid-October and lasting approximately nine months. January and February are more dry months when an average of 10 inches (250 mm) of rainfalls. The driest four months of the year are from April to July. The wet season lasts approximately three months, from mid-October to mid-January.

Bali’s environmental protection organization is the Bali Beach Foundation (BBF). It was created in 1999 to manage and protect Bali’s beaches and coastline. BBF is supported by “The Clean Water Fund,” a private Southern California-based foundation that donates funds to scale up BBF’s beach cleaning and coastal protection programs. BBF has grown from collecting trash on Kuta Beach to developing recycling, education, and conservation programs. The best time to visit Bali is from April to October.

Bali’s National Disaster Mitigation Agency (BNPB) oversees the island’s environmental concerns. The Bali Bombings in 2002 led the BNPB to strengthen its capabilities to ensure that such an event would never happen again. Following the bombing, BNPB conducted an assessment of all possible threats that could cause a similar or greater level of destruction. They discovered several possible scenarios: earthquakes, tsunamis, and sea erosion. Due to this discovery, they have implemented several precautions on how they will react should another disaster strike that could damage the environment or cause substantial loss of life among residents or tourists. Bali is one of the most volcanically active areas on Earth, with more than 100 volcanic peaks, which are part of the Pacific Ring of Fire. Called “the” Ring of Fire because it is a chain of volcanoes that circles virtually the entire Pacific Ocean, this area has more than 450 volcanoes.

While Bali does have some seismic activity, such as tremors, quakes, and volcanic eruptions, it is not located in an area where there are tectonic plate boundaries (such as San Andreas Fault). Bali lies at the southern end of one such fault, the Sunda Trench (which runs roughly north-south along with western Bali).

Bali is an island of volcanic activity. The volcanoes of Bali rise from the seafloor, and the terrain is mountainous, with steep slopes and narrow valleys. Mount Agung stands at 10,363 feet (3,190 m) above sea level and last erupted in 1963–1964 causing widespread havoc on the island.

Bali has a varied climate. The weather is hot and humid most of the time due to its tropical location near the equator. It rarely snows in Bali; when it does snow, it only stays on the peaks for a few hours or a day at most. The winter is mild, with temperatures ranging from 90 F to 86 F (−33 C to 30 C) or even lower.

The people or Balinese are a mix of ethnic groups with Austronesian roots mixed with Chinese, Arab/Indian, and other influences that have been absorbed through trade and colonial rule over the centuries. The Balinese are noted for their artistic traditions and elaborate Hindu rituals. The best time to visit Bali is from April to October.

In the two millenniums since the 6th century AD, Bali has developed its own unique and appealing culture that is reflected in its architecture, music, dance, art, and literature such as Ketut Maha’s Devyana. Traditional Bali embraces the arts and integrates them with daily life. The natural beauty of Bali is also greatly admired. For example, a traditional family compound is designed with precise orientation to make maximum use of natural ventilation, sunlight, and spectacular views. In 1917 a group of artists led by Walter Spies came to visit Bali’s art and culture as expatriates – in which they discovered that it was different from other Southeast Asian island cultures at that time. 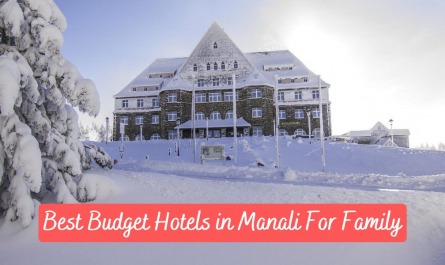 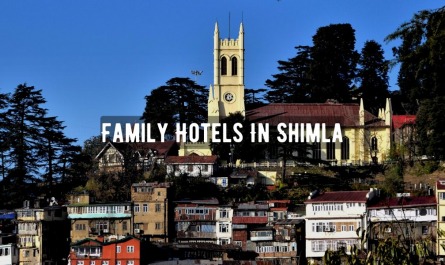