If you are planning to visit in Bhopal and confused where to go, then this article is for you. In this article, we have gathered a list for you of Bhopal Famous Places.

Bhopal is one of the most visited cities in Madhya Pradesh amongst travelers. With its many places to visit, it is an ideal tourist destination for people from across the world. The city has a rich cultural heritage that deserves to be shared and explored. In this article we have gathered a list for you of Bhopal Famous Places.

Upper Lake and Lower Lake are the two main lakes of Bhopal. Both lakes are relatively large, with Upper Lake being about five kilometers in length and Lower Lake about four kilometers in length. These two lakes act as a dividing line between the city and its suburbs, each with its own culture and traditions. The Upper Lake is a picnic spot and a favorite place for family outings. It is mainly visited by the people celebrating the Ganesh Chaturthi festival in August–September, as well as during Eid al-Fitr celebrations in September–October. The Lower Lake is an area with significant religious importance and is visited by large crowds on Islamic festivals such as Eid al-Adha.

Van Vihar National Park is a tourist attraction in Bhopal. This park has a wide variety of birds and animals. For example, it has 254 species of birds, 33 species of mammals, 12 species of reptiles and 13 species of amphibians. It is located in the middle of the city near to over 20 schools and colleges. At Van Vihar National Park people can see peacocks, monkeys, deer, blackbuck antelope etc. Also, this park is famous for birds, which come from different parts of the world and stay in this park. Many varieties of birds like peacocks and parrots can be seen in this park.

National Museum of Mankind is one of the most popular tourist destinations in Bhopal. The museum is a showcase of human evolution where visitors can learn difficult-to-understand topics, such as how different cultures have influenced one another. The museum has a wide variety of exhibits inside it, including tools that predate human beings.

Birla Museum is one of the most popular places to visit in Bhopal. The museum is located in one of the landmark buildings that are known as “Taj Mahal of Bhopal”. It has a vast collection of idols and statues which were collected by the founder, Mr. G.D.Birla over a period of 50 years from all around the world, including China and South East Asia, Europe and America. The museum was formally inaugurated on 2 February 1994.

Taj-ul- Masjid is the biggest mosque of Bhopal. This is the mosque that accommodates more than 7000 people at a time. There is a large jamaa, central prayer hall and there are other small rooms for performing prayers and offering namaz besides the big hall. It has been constructed in Islamic architecture style with columns on four sides, stone and marble tiles, chandeliers made of brass, paintings on its walls as well as marble steps from outside to inside the complex.

Gohar Mahal is the most popular tourist spot in Bhopal, a popular city in Madhya Pradesh. It is a beautiful 16th century palace that attracts tourists from all over the world because of its architectural design and distinctive pink hue. Built using materials like red sandstone, Gohar Mahal has many intricately carved balconies and columns which have been painted with a bright pink color to make it an unforgettable sight for everyone who visits there.

Bhojpur Temple lies in the eastern part of Bhopal in Madhya Pradesh. This ancient temple is dedicated to Lord Shiva and is believed to be more than 1500 years old. The temple has been built in the Nagara style of architecture with a typical construction based on pillars, balustrades, etc. The place is also known for its beautiful sculptures that are beautifully carved out of stone.

State Archaeological Museum is a museum located in Bhopal, the capital of Madhya Pradesh. The museum showcases the evolution of human lifestyle in this warm place from pre-historic times till present times. The museum houses many ancient and medieval era sculptures, terracotta tablets, coins and other artefacts.

Shaukat Mahal is a Mughal period palace located in Bhopal. Built by Nawab Shah Jahan Begum, the wife of Nawab Hamidullah Khan, Shaukat Mahal is a classic example of Mughal architecture. It is said that the palace took 8 years to construct and was completed in 1778. The structure of this palace is a perfect blend of European styles with local Indian influences and has huge rooms and spacious verandahs that make it an attractive destination for tourists who visit Bhopal.

Sadar Manzil is a palace built by Nawab Sultan Jahan Begum, the wife of Nawab Hamidullah Khan. The building is made in the Indo-Sarcenic architectural style and is quite famous for its beautiful staircases and wide verandahs. The large rooms, long corridors and pleasing interiors have always attracted many visitors to Bhopal as well as to this structure.

Moti Masjid is believed to be more than 400 years old and is a beautiful mosque in Bhopal. The large and ornate structure is located on the eastern bank of the canal and has a tall minarets that makes it one of the most prominent mosques. It was built in the Indo-Sarcenic architectural style with a huge courtyard in front and has been visited by several people who are fascinated with this place.

Sanchi Stupa is a Buddhist monastery located in Madhya Pradesh. It is one of the most important places of worship in the country and is believed to be more than 2000 years old. The stupa was originally built in 3rd century BC by Ashoka, the Mauryan emperor and has been renovated several times with the latest being done in 13th century AD by scholar Atisa. The place can be visited all year round but winters are considered to be the pleasantest time to visit there.

Raisen Fort is a heritage site in the city of Bhopal. It is located on the banks of the river Betwa and was built in 1723 by Nizam Adil Shah. Its name comes from the place where the fort stands and it is located on a prominent hill with an imposing view of Bhopal. The amazing architecture of this fort makes it a popular tourist attraction as well as a historical landmark in Madhya Pradesh.

Rani Kamlapati Palace is located in Bhopal. It is a famous tourist attraction in the city and houses several interesting and important artefacts, paintings, etc. designed by Moti Lal Nandlal and his wife Kamlapati. The palace has been built in the Indian Victorian style with European influences and is known for its magnificent wood work.

Bhimbetka Caves is a series of cave temples and rock shelters in Madhya Pradesh. It is located on the banks of the river Betwa and has been explored by archaeologists who have found some of the oldest rock paintings in the world. The caves are located in a valley with a beautiful view of Bhopal and have been visited by thousands of visitors from all over the world.

Udayagiri Caves are located in Bhopal. They are a group of rock-cut caves used by Buddhists as places for meditation and worship. The caves have been carved into the sandstone hills on the bank of the river Betwa and house 12 beautiful monasteries. Though many caves are very small, there are also some that are big enough to accommodate more than 50 people at a time.

I think, you will be satisfied with the above information of Bhopal Famous Places. Those are some very beautiful and Famous Places In Bhopal . Hope you like this article and share with your loved ones and If you have wanderlust and live to explore, then you can read about  many other places  on Travel Tricky 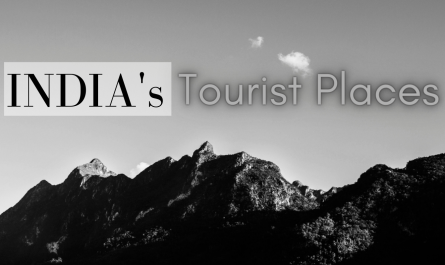 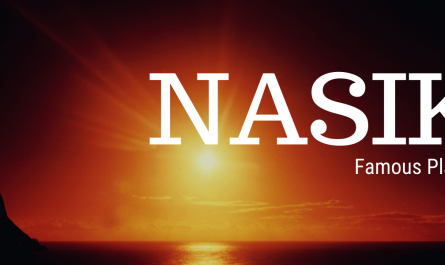 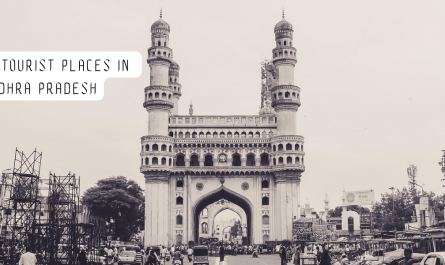