This post will introduce you to some Famous Places of Amritsar. Amritsar, also known as the ‘Golden City of the Punjab’, is a city with a rich and proud history. It is the second largest city in Punjab and is considered as the cultural and spiritual capital of Punjab. The city of Amritsar is quite attractive and has many tourist spots that are worth visiting.

Here is a List of The Most Famous Places of Amritsar:

The Golden Temple, also known as the Harmandir Sahib, is a major tourist attraction in Amritsar and attracts millions of pilgrims every year. This temple is a sacred place of worship for Sikhs and is also one of the most visited places in India. It has many tourist attractions like its beautiful architecture, lakes and gardens, and peaceful atmosphere around it. You can enjoy visiting this religious place in any season.

The Wagah Border is a famous border drawn between India and Pakistan. It is approximately 10 kilometers away from Amritsar city and attracts many tourists. The amazing crossing ceremony, known as the Beating Retreat Ceremony, on both sides of the border is quite famous among the tourists visiting Amritsar. On each side of this border, you can find a cinema hall that shows a short film about the Beating Retreat Ceremony in English and Hindi languages.

Jallianwala Bagh is a memorial complex in Amritsar, India. It is located in the central part of the city and is considered as a massacre site by many people. This area was witness to one of the largest massacres in India’s history, which was led by General Regent Dyer of the British Empire on April 13, 1919. The Jallianwala Bagh Massacre resulted in loss of human lives and property worth $3 million which has been commemorated by this memorial complex.

Maharaja Ranjit Singh Museum was founded in the year 1965 by Prof. Mohinder Pal, who is a renowned historian. It is located near the Golden Temple in Amritsar and showcases the history of this region through its various exhibits. The major attraction of this museum is a painting of a tiger that was made by Maharaja Ranjit Singh. Various other paintings, jewellery, weapons, coins and relics are also displayed here.

Khalsa College is one of the most popular colleges in Punjab and is located in Amritsar city. This college was set up by the Sikh community and was inaugurated on 15th April, 1916 by the then Governor of Punjab, Sir Michael O’Dwyer. Now, it has become a famous landmark in Amritsar.

Ram Tirath Ashram is a religious place of worship for people belonging to Hindu religion. The temple has been established at a place where the Hindu God Rama was believed to visit. It is located in Amritsar city, near the banks of River Ravi. People visit here to pay their respects and offer prayers, especially during Diwali.

Akal Takht literally translates to the ‘Throne of the Timeless one’. It is a religious building, which was constructed by Guru Hargobind in 1609. It is located at a distance of 700 meters from the Golden Temple and serves as a center for temporal and spiritual affairs of Sikhs. It is also known by its official name, Takht Sri Akal Bunga. Now, it has become a popular tourist attraction in Amritsar.

Gurudwara Baba Atal Rai Sahib is a very famous gurudwara in Amritsar city, which is located at a distance of nearly 6 kilometers from the Golden Temple. This gurudwara has been built in the memory of Baba Atal Rai, who was one of the martyrs on the side of Guru Gobind Singh in the Battle of Anandpur Sahib. Many people visit this place to pay respects and offer prayers during the Sikh festival, Hola Mohalla..

Hall Bazaar is one of the major shopping areas in Amritsar and attracts people from all over the world. Usually, this market is filled with people on every Sunday. However, on Tuesdays and Wednesdays also, it remains crowded with thousands of shoppers. you can buy traditional handicraft products like shawls, shoes, carpets and more here at a reasonable price.

Durgiana temple is located about 6 kilometers away from the centre of Amritsar. This temple is associated with the Hindu Goddess Durga and is a sacred place of worship for many locals. The structure of the temple has been built in a typical Sikh fashion and is quite impressive.The festival of Durga Puja is celebrated here with great fervour.

Mata Lal Devi Temple is a famous shrine in Amritsar that was constructed in the year 1836. This temple is associated with the Hindu Goddess Lal Devi, who is believed to be the incarnation of Durga herself. The idol of Goddess Lal Devi has been made from sand and is placed at this temple. Apart from the idol, other major attractions at this temple are a colourful painting of the Goddess and a statue made with red roses.

Jama Masjid Khairuddin Shah is a 10th century mosque located in Amritsar. This mosque was built during the reign of Mughal emperor Akbar, who named it after his son, Khairuddin Shah. It is a remarkable masterpiece of Islamic architecture and has been declared as a UNESCO World Heritage Site. You can also find many beautiful minarets at this mosque and enjoy observing the beautiful architecture.

Gobindgarh Fort is located in the city of Amritsar and is one of the most popular tourist attractions in Amritsar. This fort was constructed by the last ruler of this region, Rana Jodha. Now, it has become a popular spot which attracts many tourists as well as domestic tourists. The structure has now been made into a heritage hotel and is also known for its beautiful garden and lake.

I think, you will be satisfied with the above information of Famous Places of Amritsar. Those are some very beautiful and Famous Tourist Places in Amritsar. Hope you like this article and share with your loved ones and If you have wanderlust and live to explore, then you can read about  many other places  on Travel Tricky 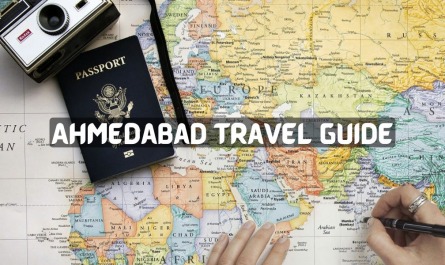 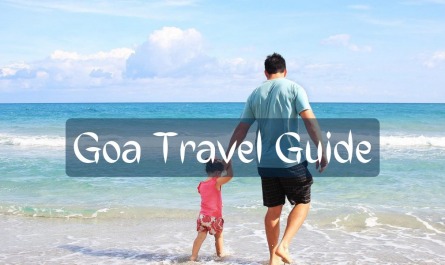 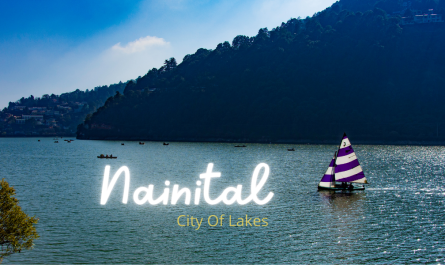 Best Time To Visit Nainital :  The City Of Lakes